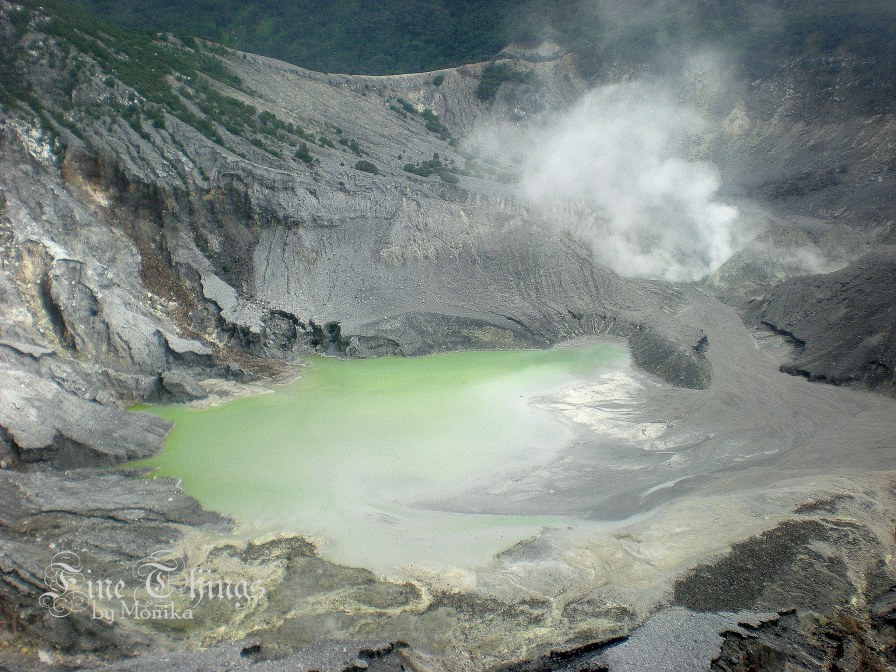 The curves 0f Tangkuban Parahu and its surrounding areas

Tangkuban Perahu (or Tangkuban Parahu as spelt in the local Sundanese dialect) is a dormant volcano 30 km north of the city of Bandung, the provincial capital of West Java, Indonesia. A popular tourist attraction,  tourists can hike or ride to the edge of the crater to view the hot water springs and boiling mud up close.

The moment we stepped out of the bus, persistent vendors started to flock around us. They had all sorts of interesting items to sell, but when they insisted on you buying them, the whole scenario became annoying 🙁

“The further you go, the cheaper the items”, we were told.  True in a way – depending on what items you’re buying.  Helps if you’re persistent and good in bargaining, you’ll pay for items half the price or even lower.  You’ll definitely walk out happy.  Did I buy lots? Nope and I walked out happy.  Wasn’t of course too pleased to find out much later that I actually paid more than double the price for items which I could have gotten elsewhere.  But, it was not something that I’d sulk over for days … 🙂

“Those who contemplate the beauty of the earth find reserves of strength that will endure as long as life lasts.” – Rachel Carson