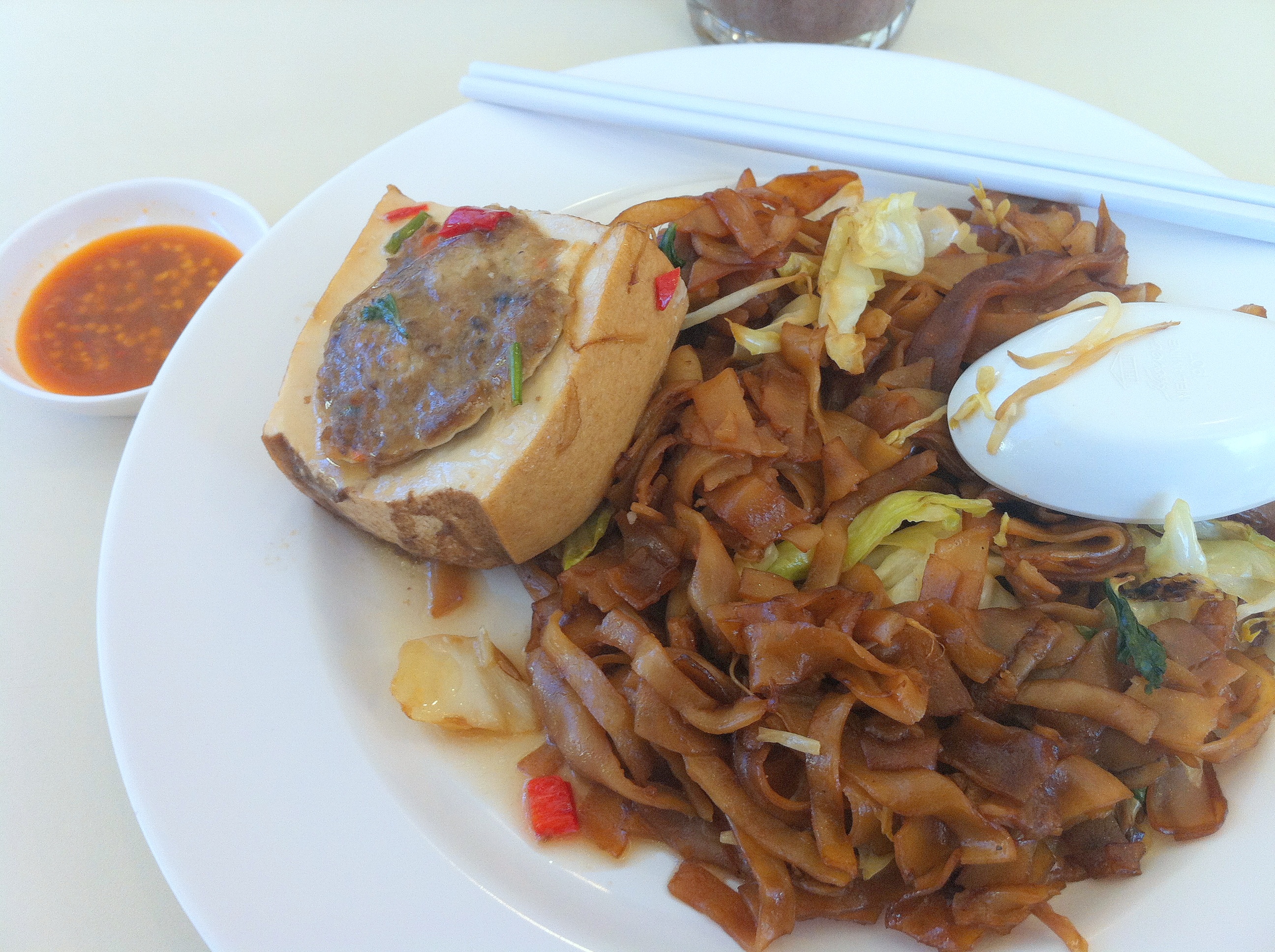 Love the fact that it’s simple, light and of course yummylicious! This set is also taken as breakfast by many, including moi.

See on the far upper left of the picture, that’s  fresh cut chili with a little bit of vinegar and soy bean added to it. Can’t live without that! Then there’s the tofu (squarish) with a small portion of meat placed in the middle. Tofu is made from soybean curd. It is a popular food choice among the locals as it offers many valuable nutritional benefits aside to being easy to digest.  The bigger portion of the meal is the Char Kway Teow (Kway Teow Goreng). Taste differs according to cooking techniques and ingredients. I’ve encountered many tastes of Char Kway Teow – love them all but I still love Penang Char Kway Teow more! I think it’s in the ingredients  which makes it just yummylicious!