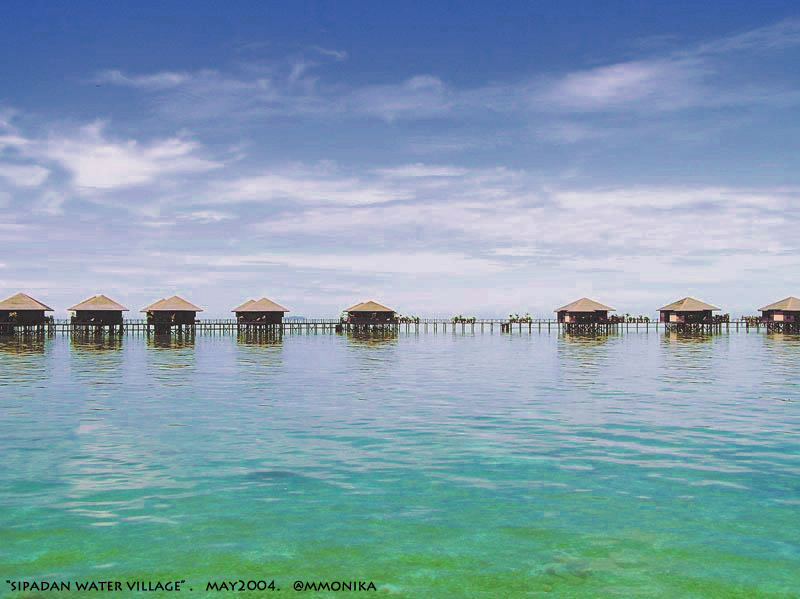 An online campaign was recently launched;  an effort to get Sipadan Island  listed as one of the New7Wonders of Nature.  Pulau Sipadan is now in 14th place in the race.  To remain in contention, it must move up to 11th by July to qualify for the next round of the online election.

Currently, at the top of the island category is Bora-Bora Island in French Polynesia (read more ).

World-renowned French oceanographer,  late Jacques Cousteau  described Sipadan Island as “an untouched piece of art” while divers, “one of the best diving spots in the world”.  Those who simply love nature (and diving), this place is highly recommended.

I would love to see Sipadan Island listed as one of the new7wonders of nature.  This title will definitely create a great impact on tourism, not only for the island itself but for Sabah and Malaysia in general.

The following pictures were taken during our trip to the island in May  2004.   At that time, divers (I dont dive, snorkelling is fine 🙂  were still able to stay on the island, but not after late 2004 when the government  declared the island a marine park.  For conservation purposes, the government also simultaneously ordered all on-site dive and resort operators of the island to move their structures to neighboring islands by the 31st  December 2004.

Staying at Sipadan Water Village Resort  reminded me of the famous TV series “Fantasy Island”. I guess it was everyone’s favorite back then?